Founded in 1964, Waikato University is a comprehensive university in New Zealand. It is a world-class university with a high reputation for employment, internationally renowned research, and outstanding teaching and student satisfaction.
The University of Waikato began in 1956 after Hamilton locals launched a petition for a university to serve the needs of the South Auckland region. The group was led by Douglas Seymour, a barrister, and subsequently Anthony “Rufus” Rogers, a Hamilton GP and brother to long-time Mayor of Hamilton, Denis Rogers. Their campaign coincided with a shortage of teachers in the 1950s that prompted the New Zealand government to consider plans for a teachers’ college in the region. In 1960, the newly established Hamilton Teachers’ College opened its doors, and combined with the fledgling university (then a branch of Auckland University), began a joint campus on farmland at Hillcrest, on the city’s outskirts.

In 1964, the two institutions moved to their new home, and the following year the University of Waikato was officially opened by then Governor-General Sir Bernard Fergusson.
At this time the university comprised a School of Humanities and a School of Social Sciences. In 1969 a School of Science (now the Faculty of Science and Engineering).was established. This was followed by the creation of Waikato Management School in 1972,Computer Science and Computing Services (which ultimately became the Faculty of Computing and Mathematical Sciences) in 1973, and the establishment of the School, now Faculty, of Law in 1990.
From the beginning, it was envisaged that Māori studies should be a key feature of the new university,[5] and the Centre for Māori Studies and Research was set up in the School of Social Sciences in 1972. A separate School of Māori and Pacific Development was formally established in 1996. In 1999, the original Schools of Humanities and Social Sciences were merged to form the School (later Faculty) of Arts and Social Sciences. In 2010, the tertiary partnership was widened to include Te Whare Wānanga o Awanuiārangi in the Eastern Bay of Plenty.
In 2014, the university became smoke-free, disallowing smoking on campus and in university-owned vehicles.[13]

To apply for the scholarships, the applicant must need to apply for admission at the university

The scholarship is open to pursuing a master’s degree program in any subject offered by the university.

To be eligible for the scholarships, the applicants must meet the given eligibility criteria:
The scholarship is open for the candidates who have applied to enroll or be planning to enroll, full-time1 in a thesis of 90-points or more as part of their first master’s degree at the University of Waikato.
Applicant must commence their thesis enrollment within six months of the closing date of the round in which they apply and must be a New Zealand citizen, permanent resident or an international student.
New Zealand or international students are eligible to apply for these scholarships.

The eligible applicants can apply for the scholarship through the given link: https://my.waikato.ac.nz/sitsvision/wrd/siw_lgn
The applicants need to submit Personal Statement (using the prescribed template), an academic reference from their (proposed) master’s thesis supervisor or a member of the academic staff at the institution at which they obtained the qualification that defines their eligibility to enter the master’s program

Popular posts from this blog

5 Easiest way to migrate and work in Canada 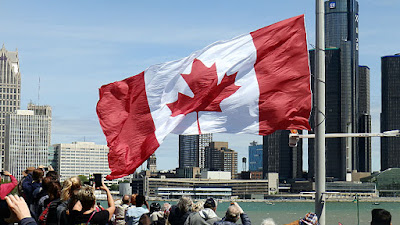 Lots of people talk about running away to Canada. In a recent survey by U.S. News & World Report, Canada ranked number one in the world for quality of life.
Canada is known for its friendliness and liberal political culture. It is huge, too. With that much land, the population is quite spread out, which is probably how everyone stays so friendly.
Of course, universal healthcare and a thriving jobs market help, too. So how can you achieve the dream of Canadian living? We’ll highlight the seven easiest and most affordable ways to migrate to Canada.


Trade AgreementsWork Permit with Job OfferSpousal SponsorshipInternational Experience Canada (IEC)Study PermitVisitor VisaStart a Business
Canada certainly has a lot of things going for it, and with a bit of hard work, one of those things could be you! It’s a country that embraces multi-culturalism and offers clear, reasonable pathways to residence for immigrants. No matter which route you take, Canada can be the whol…
Read more

Employment available for international studentsWork during the day and take classes in evenings or on weekendsEmployment with both on and off campus companiesStudents are paid regular “Canadian” wagesBoth part time or full time employment availableWork-Study programs are available for both Undergraduate and Master studentsDuration of allowed stay – You get to stay in the Canada for one year after completion of your course on an F1 visa. Extension – For students applying for this courses (Science, Technology, Engineering and Mathematics) a new rule allows a 2 years extension. Which means you can continue to stay in US for three years …
Read more 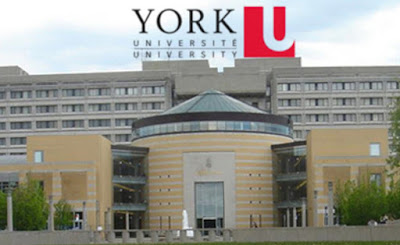 York University is offering full scholarships to outstanding international students wishing to undertake Bachelor studies at the University for the 2019/2020 academic session.
Course Level: Undergraduate
Eligible Countries: International
To be taken at (country): Canada
Field of Study: Candidate must apply to the following faculties: Arts, Media, Performance & Design; Environmental Studies; Education; Glendon; Health; Lassonde School of Engineering; Liberal Arts & Professional Studies; Science; or the Schulich School of Business.
Eligibility Criteria: To be considered for the International Scholarships, candidate:
Must be an international student who is required to have a Study Permit to study in CanadaMust have applied to an undergraduate degree program at York that begins in Fall 2019Must have applied to York directly from high school no more than two years after graduation, and have no previous university or college studiesMust have an excellent academic re…
Read more